The Lay Vicars Choral are the gentlemen in the Cathedral Choir who provide the Alto, Tenor, and Bass parts. The nine Lay Vicars are the inheritors of an ancient tradition dating back to the thirteenth century.

In 1241 the first statutes of the Cathedral ordained that there should be a corporation of Vicars Choral, both laymen and priests, who would be responsible for singing the daily choir offices on behalf of the Canons or Prebendaries of the Cathedral. One of their number, a layman, was the Cathedral organist. Over the years the statutes relating to the Vicars Choral have changed and a scanned copy of the 1875 statutes from a booklet given to all the Lay Vicars in 1879 is now available online.

Between the thirteenth and nineteenth centuries several benefactors bequeathed lands and endowments to the Vicars, and so the Corporation developed into a powerful body. By the early fourteenth century the Vicars Choral had been granted the right to hold their own common seal (pictured right) and had begun to live in collegiate style.

Bishop Walter de Langton gave the Vicars Choral a plot of land in the north-west corner of the Close upon which was built a double quadrangle of half timbered houses, together with a common dining hall so that the Cathedral musicians might be housed within the Close. The Vicars' Close remains today, and some of the Vicars Choral still occupy these unique residences. 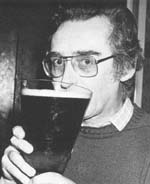 One important relic of this period remains and is displayed in the Cathedral today. An early eighteenth century glass goblet, know as a Rummer, with a capacity of two and a half imperial pints (pictured right) was originally used to measure a daily allowance of beer (part of the Commons) for each Vicar. Once a year, the present Lay Vicars enjoy the privilege of filling the vessel with beer again and passing is around the assembled company as a loving cup in memory of past members of the Choral Foundation.

In the eighteenth century several of the Vicars were regarded as celebrities in the musical world. Boswell, the biographer of Dr Johnson (Lichfield's most famous son), records that he was "very much delighted with the music" when he visited the Cathedral in 1776.

The Lay Vicars Choral are semi-professional singers who embrace a variety of professions in addition to their daily singing at the Cathedral.

A stall listed as 'vacant' merely means that there is no Lay Vicar currently installed in that stall. It does not necessarily indicate a vacant post, as newly appointed Lay Vicars have a trial period before their official installation (after which their name will be inserted at the relevant position).