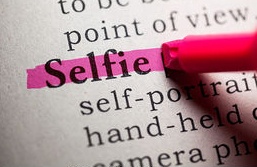 At the risk of making it a tradition, here are the details of the 2015 Advent Quiz. However, 'Quiz' is a slightly misleading title as it is more of a creative challenge this year...

For each day of December at 8.00am, the day's #AdventSelfie challenge will be published. Inspired by an event - sacred or secular - that has happened on that date in history, people have to take a selfie which includes a related item. For example, on December 25, the challenge might have been to take a selfie with a baby; as the challenges are published, clicking on them below will give an explanation of the connection with the date. If it is also possible to include some reference to 'Lichfield Cathedral Choir' or '@LichfieldChoir' in the picture, for example written on a prop or a piece of paper within the picture, this will be even more impressive; there are a couple of suggested templates which can be printed here and here to save time.

The challenges will be published here, on the choir's Twitter feed and Facebook page at the same time. To enter, people will have to tweet their photograph to @LichfieldChoir, or post it to our Facebook page. All pictures should include the hashtag #AdventSelfie, and if they are tweeted, they need to be tweeted to @LichfieldChoir (simply reply to the day's tweet) so they are not overlooked. No entires will be accepted after 11.59pm on Christmas Eve.

The overall winners, the daily winners at links to their tweeted selfies can all be found here: thank you for taking part and well done to everyone who submitted selfies during Advent.