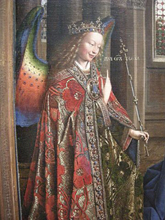 Advent 2016 sees an exciting new #AdventQuiz which is being run in collaboration with Regent Records.

For each day of Advent (from Advent Sunday, this year on 27 November, until Christmas Eve), an audio clip of a piece of seasonal music from Regent's catalogue will be published here at midnight and accessed via the relevant link below, or via tweets and posts on our Facebook page sent out as reminders during the course of the day.

To enter, people simply have to identify the title of the music and its composer (or arranger): both have to be correct for the point to be awarded. Entries will be accepted from the moment the clip goes live to 23:59 on Christmas Eve. People can enter as many times as they like while the clip is live, but only their final answer will be counted.